Ohio Democratic Senate candidate Tim Ryan is facing criticism over his ties to a teachers’ union that created badges for public school employees in an Ohio school district to wear, which included a QR code linking to websites promoting information and graphic descriptions of sexual practices.

Earlier this week, local reports revealed that the National Education Association (NEA), the largest teachers’ union in America, were providing educators in the Hilliard City Schools District with “LGBTQ+ Ally” badges. The badges, which feature a QR code linking to content many parents in the district consider explicit and unsuitable for young children, are supported by the NEA and the Hilliard Education Association (HEA), according to a photo obtained by Fox News Digital.

The badges read “Safe Person Safe Space” and the QR codes featured on one side of them leads inquiring minds to the “NEA LGBTQ+ Caucus” website that contains numerous links to sources like Sex, Etc., Gender Spectrum, Scarleteen, Teen Health Source, and The Trevor Project. 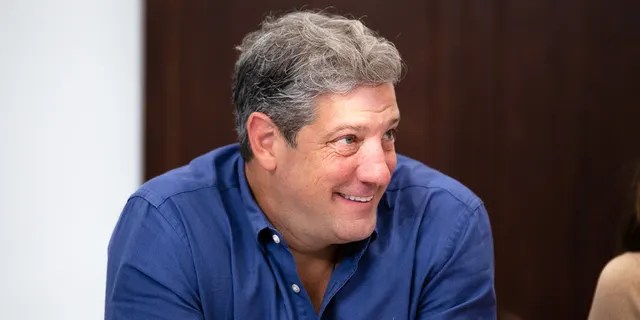 Tim Ryan, US Democrat Senate candidate for Ohio, during a campaign event in Cincinnati, Ohio, US, on Tuesday, Sept. 20, 2022.
(Megan Jelinger/Bloomberg via Getty Images)

TIM RYAN INSISTS BIDEN SHOULD NOT RUN IN 2024

Lisa Chaffee, a parent in the Hilliard City Schools District who also serves as director of Ohio Parents Rights in Education, insisted Ryan has “empowered” the NEA to insert the “toxic material” into the school district’s classrooms.

“We are fighting tirelessly to get this toxic material out of our children’s classrooms, but the teachers’ unions we’re up against have been unrelenting in their efforts to indoctrinate our kids,” Chaffee said in a statement provided to Fox News Digital. “At the end of the day, it’s the Democrat politicians like Tim Ryan who empower these teachers’ unions.”

“It’s time to take the authority away from these radicals and put the power back in the hands of Ohio parents,” she added.

Ryan has touted endorsements he received for his Senate campaign from the NEA and its state affiliate, the Ohio Education Association (OEA), writing in a tweet last year that he will “keep working to invest in our schools so our teachers have the resources to give all our kids the education and support they need to thrive.”

Two months later, during a December podcast interview with Scott DiMauro, president of the Ohio Education Association, Ryan claimed that it’s time to “stand up for our public schools” amid school board protests from parents concerned over their child’s curriculum, insisting that it is “craziness” and that potential educators do not want to be exposed to those parents.

“We can’t be silent on this BS that we’ve seen over this past several months of just setting up a camera at a school board meeting and having someone sign you in and a politician goes in there that has no other interest in that school district other than on demagoguing on whatever particular issue,” Ryan said at the time. “We gotta call people out…”

“You’re seeing it across professions, most in the public sector of people saying, ‘I’m not going to go into teaching. I’m going to go expose myself to this craziness and parents?'” 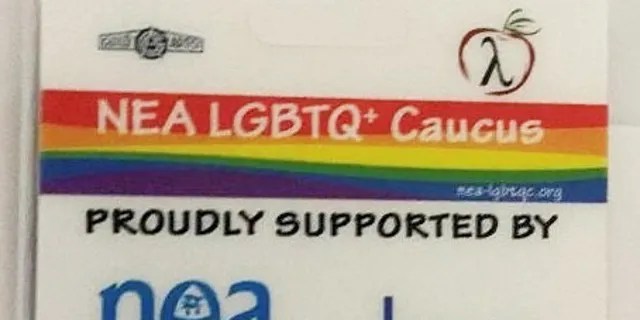 A photograph of the NEA LGBTQ+ Caucus badge that has been given to some educators in the Hilliard School District.
(Fox News)

J.D. Vance, the Republican candidate who will face off against Ryan in the Buckeye State’s Novemeber Senate election, insisted that Ryan’s “alliance” with the teachers’ union is what leads to explicit materials being disseminated to teachers and students throughout the public school system in the state.

“There is an unholy alliance between Democrat politicians like Tim Ryan and the teachers’ unions responsible for the disgusting sexualization of our children,” Vance told Fox News Digital. “Explicit sexual material of this nature has no place in Ohio classrooms. Tim Ryan should know better than to downplay the seriousness of this issue, but the campaign contributions of Big Education have blinded him to that obvious truth.”

“Ohio needs a U.S. Senator who will stand up to the sick and twisted bosses of these teachers’ unions and put control of our children’s education back in the hands of parents,” Vance added. 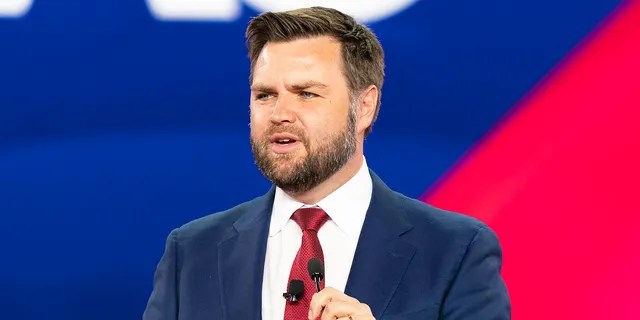 In a statement from the Hilliard Education Association, which was provided through a media relations consultant for the Ohio Education Association, HEA president Linna Jordan accused “political radicals” of manufacturing controversy and claimed that the QR codes are located on the backside of the badges and provide “resources for educators — not students — to ensure trusted adults are equipped to support their students and provide assistance as needed.”

“The ‘I’m here. Safe person. Safe space’ badges that some Hilliard educators opted to wear are visible symbols of their support to their students who may need it and serve as a critical lifeline for LGBTQ+ students who are in crisis who need a trusted adult to help,” Jordan said, adding that the “support is desperately needed” due to a rise in suicides among LGBTQ+ youth.

“Unfortunately, extremists working to amplify the playbooks of a national network of political radicals are once again trying to manufacture controversy and weaponize LGBTQ+ issues to distract Ohioans from the very real issues facing our schools,” she added. “They don’t need to have pundits and political puppeteers spinning up a moral panic around badges that simply identify some educators as trusted adults. It’s disingenuous and cruel, and we must all come together to demand better for our kids.” 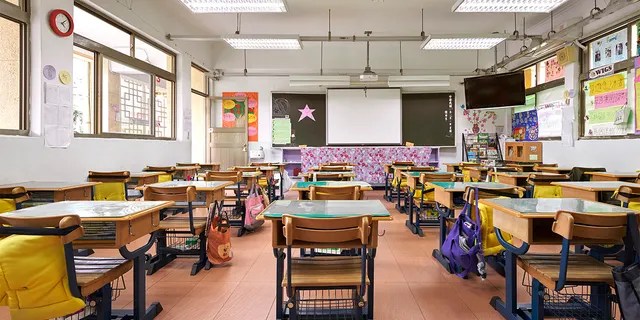 The interior of a classroom in an American elementary school.
(iStock)

Similarly, Hilliard School District superintendent Dave Stewart, in a statement to ABC 6 news in Columbus, insisted the badges worn by educators were “not there to be shared with students” and were “provided to adults by the NEA should they be interested in learning more about LGTBQ+ issues and supporting LGBTQ+ students.”

Should the teachers be asked about the messaging on the badge, Stewart said the educators were also reminded that their response should be “age appropriate” and that covering the QR code may be in their best interest.

Tropical Storm Ian strengthens as it heads to Cuba, Florida

TALLAHASSEE, Fla. -- Authorities and residents in Florida were...