The 1921 Tarpon Springs storm: The last hurricane to hit Tampa Bay before Ian

As Tampa Bay residents prepare for Hurricane Ian, many Americans unfamiliar with Florida may be surprised that Tampa Bay is rarely hit directly by hurricanes – in fact, the last time it happened was over a century ago.

When the hurricane reached Tarpon Springs on October 25, it would have been rated a Category 3 on the Saffir-Simpson Wind Scale. Sustained winds of 75 miles per hour were recorded, along with a 10.5-foot storm surge.

Tampa Bay is prone to extreme surges because of its geographical makeup – when winds push water into the bay, the water has nowhere else to go than onto the land. A storm surge of 10–12 feet was recorded during the 1921 storm, along with 8.5 inches of rainfall in Tampa.

TROPICAL STORM AND HURRICANE SAFETY CONSIDERATIONS EVERYONE SHOULD KNOW 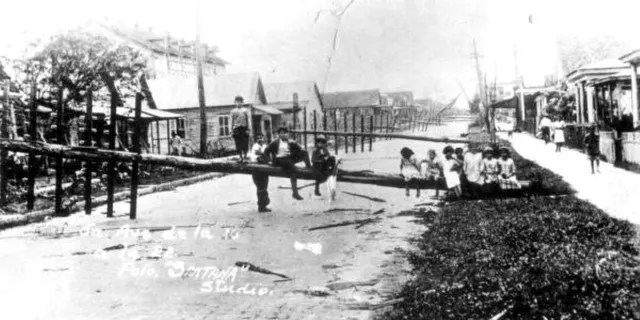 Damage on 5th Avenue and 22nd Street after the 1921 hurricane in Tampa, Florida.
(State Library and Archives of Florida)

When the hurricane made landfall in the early 1920s, Tampa was a fledgling city of about 50,000 residents. Florida had experienced interest from investors seeking to develop property, so officials wanted to assure businessmen that Tampa was a safe investment.

“When the storm hits, boosters are going to say, ‘Oh, you know, this was bad but it’s a once-in-a-lifetime thing, it’s not going to happen again,’” Brad Massey from the Tampa Bay History Center told FOX 13 Tampa Bay. 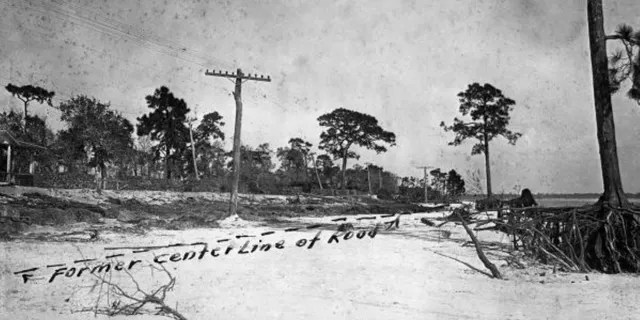 A Pinellas County road seen damaged and washed-out in the aftermath of the 1921 hurricane.
(State Library and Archives of Florida)

“There’s actually a local weatherman [at the time] who says he’s confident the Tampa Bay area will never be hit by another storm like this. And he tells the press, ‘I’m already rebuilding my home, so I don’t want people to worry about this!’” the Tampa Bay historian explained.

But a year before Hurricane Ian was on the radar, Massey disputed the idea that the region was never going to be hit by a hurricane again. 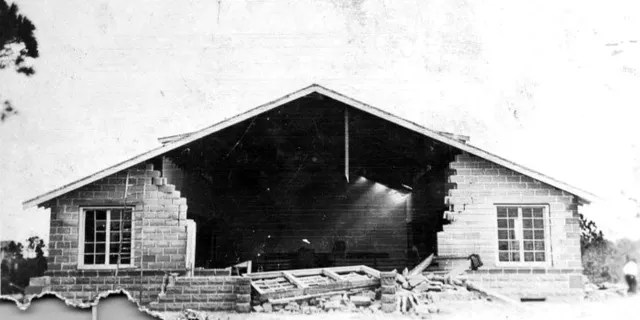 Exterior damage to a New Port Richey church after the 1921 hurricane, north of Tampa.
(State Library and Archives of Florida)

HURRICANE AND DISASTER PREP: ON ‘FOX AND FRIENDS,’ BEST TIPS FOR PREPARING FOR WEATHER EVENTS

“You need to evacuate now,” the Republican governor said on Tuesday night. “Now is the time to act.”