Taiwan official warns China, ‘We will never surrender our freedom’

The Taiwan counsel general is warning about a potential invasion of his country by China and is calling on the world’s democracies to support his island nation.

“I am very, very concerned about a future potential Chinese invasion against Taiwan,” said Counsel General Ambassador James J.K. Lee, the director general of the Taipei Economic and Cultural Office in New York.

“China has not renounced the use of force against Taiwan.”

Ambassador Lee, in an exclusive interview with Fox News, outlined the international and domestic efforts to bolster Taiwan’s defenses in the face of increasing Chinese aggression. 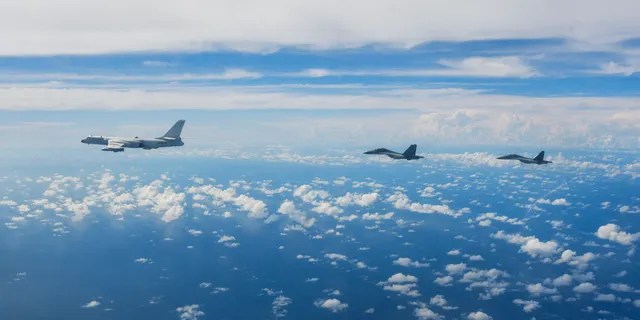 “Many military experts estimate different timetable timelines for a possible invasion. But I believe peace can only be sustained through strength,” Lee said.

He praised President Biden’s show of support for the independent island nation when he recently told “60 Minutes” that U.S. Troops will help defend Taiwan in the event of a Chinese attack. White House officials have said the president’s statement is part of a policy of “strategic ambiguity” that is intended to keep Beijing off balance, though the U.S. policy of “One China” remains in place.

“It highlights the U.S. determination to safeguard democracy. It also sends a clear message to Beijing that an ambiguity strategy is tipping toward clarity in response to Chinese intimidation against Taiwan,” Lee said. “Ukraine will have told us that deterrence is critical. Preventative war is very critical. Our true success will ultimately measure not whether we can win a war over Taiwan, but whether we can prevent one.”

CHANG SOUNDS ALARM ON TAIWAN: US MILITARY MUST BE READY FOR WAR WITH CHINA IN HOURS, NOT YEARS

The Biden administration is also reportedly considering slapping sanctions on China to deter a potential invasion. 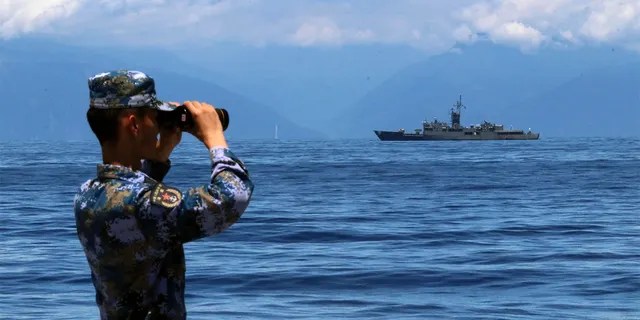 In this photo provided by China’s Xinhua News Agency, a People’s Liberation Army member looks through binoculars during military exercises as Taiwan’s frigate Lan Yang is seen at the rear Aug. 5, 2022.
(Lin Jian/Xinhua via AP)

“Americans should know that Taiwan’s democratic future concerns the future of the free world. Chinese aggression against Taiwan would dislocate the entire region. Therefore, we should view Taiwan not as China’s ultimate goal, but rather as the first domino in the quest for regional and global dominance,” Lee said.

China has increased its provocations against Taiwan, which still considers itself its own territory. Recent large- scale military drills off Taiwan’s coast and the continued warplanes that violate the country’s defense zones are examples of Beijing’s bluster. Only about 90 miles separate the two countries between the Taiwan Straight, which is about the same distance between Cuba from Florida.

“The United States and Taiwan should use this crisis as a catalyst to move faster toward a constructive security partnership,” Lee says. “When you’re facing such a big enemy giant on the other side, we do hope those freedom-loving, peace-loving countries can unite together and give Taiwan support. We need that.” 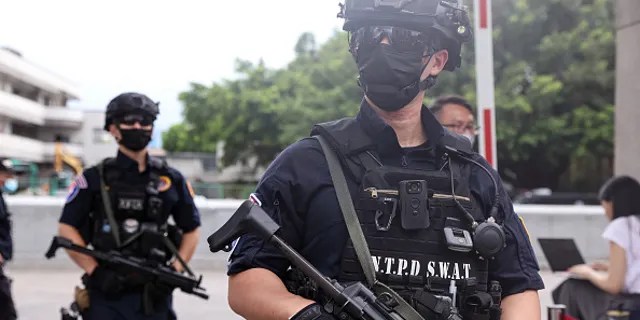 Lee has also rallied support in New York for his nation and has been seeking to expand its role in the United Nations. The U.N. General Assembly expelled Taiwan in favor of communist China in 1971.

Observers say Beijing’s belligerence has only backfired and has made defending Taiwan a top U.S. priority. Ambassador Lee says that China’s moves have also strengthened the resolve of the Taiwanese people.

“The Chinese aggressive, coercive approach measure only strengthens our people’s will to safeguard our democracy and freedom,” he says.

“While Taiwan will do whatever it can to de-escalate the tension, we will never surrender our freedom.”

Jennifer Johnson contributed to this report.

This 1990 photograph shows the Hubble Space Telescope being...
Top Stories

This 1990 photograph shows the Hubble Space Telescope being...