RIYADH: Saudi Arabia may be famous for its infinitely flowing sand dunes and jagged mountain ranges, but it is also host to a lesser-known and altogether different environment — one that is cool, silent, kaleidoscopic and teeming with animal and plant life.

This is the underwater world of the Kingdom’s coastal zone, which is rapidly emerging as a global scuba diving destination, with a concurrent surge in the number of Saudi divers.

But for all its wonder and beauty, diving without proper training can be dangerous and even fatal.

PADI, the Professional Association of Diving Instructors, a global organization based in California, provides training and certification, and has been active in the Kingdom for decades.

“The first part is the knowledge review, which is the theory aspect,” he told Arab News. “It’s composed of nine chapters with a test at the end, which is either manual or online.

• The Kingdom’s scuba diving scene has been transformed by recent social reforms enabling Saudi women to dive without restrictions.

“Then you are qualified to progress to the confined water training in a swimming pool, where you learn a total of 24 skills, including how to assemble your dive gear, familiarization with the breathing regulator, gear removal and so on. “Once you’ve completed the confined water training, then you go to the actual open water training and testing, either in Jeddah on the west coast or Alkhobar in the Eastern Province. This consists of four dives over two days, again practicing those 24 skills, at less than 60 feet of depth.

“There’s a formula as to how many minutes you can stay at a certain depth, and you have to follow the limit to avoid decompression sickness (also called the bends). If you go too deep and come up too fast, there is a danger of air bubbles forming in your blood or even in your brain, which is potentially deadly. These days the calculations are automated on a dive computer, which you wear on your wrist like a watch.”

All the gear, including bodysuit, oxygen tank, breathing regulator, mask and fins, can set you back over SR4,000, but it is all available for hire at any of the numerous dive centers that have popped up in recent years.

The Kingdom’s scuba diving scene has been transformed by recent social reforms enabling Saudi women to dive without restrictions. This has been a boon for Noura, who declines to give her surname. 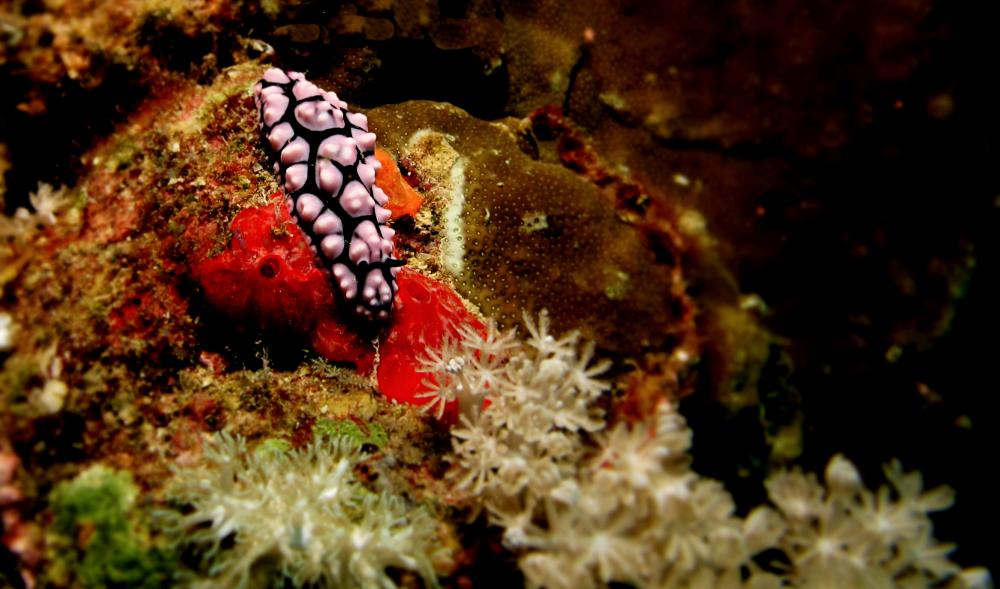 “I have been fascinated by scuba diving since childhood because several of my family members were qualified divers,” Noura told Arab News. “Plus I’ve always enjoyed swimming and snorkeling, so diving was the natural progression.

“I got my diving certification in 2016, but until a couple of years ago I couldn’t go out on a boat without a male companion — brother or father or husband — so I was restricted to diving from land. That was quite frustrating for me as I wanted to go and see some of the wrecks and coral reefs further off the coast. Now I’m free to do all that.

“My most amazing experience as a diver was in Jeddah. I went diving with a buddy and there was nobody else in the water. It was octopus mating season, and this was the first time I had ever seen any octopus in its natural habitat. There were two of them doing a dance and changing colors. It was a mesmerizing showcase of what they could do with their bodies, and a unique moment we were witnessing.”

Saudi Arabia so far has been spared the mass tourism that has scarred the coastlines of Egypt and most Mediterranean countries, and its coastal waters remain clear, with many pristine marine environments.

Reefs in the vicinity of Yanbu on the Red Sea coast, and around the Farasan islands further south, are especially spectacular, with multicolored coral and an abundance of marine species, including sharks that are for the most part benign, scorpion fish, manta rays and even the occasional whale.

Diving in the Kingdom serves a more serious purpose as well. A team of marine archaeologists is now excavating an 18th-century Red Sea shipwreck of Egyptian origin with a hoard of about 2,000 ceramic tableware objects, while Ausemestre has led a group of geologists on a survey of the underwater landscape, and the life it contains, near Saudi Arabia’s border with Jordan.

But this spike in undersea human activity brings with it a risk of damage to the sensitive fabric of marine life, threatening the very qualities that make Saudi Arabia unique as a diving destination.

Medylene Ocampo — who did not even know how to swim when she came to the Kingdom from her native Philippines and went on to become a dive coordinator with Riyadh-based RDA Divenet (a PADI-qualified training organization) — cautions that the expected explosion in tourism in Saudi Arabia could imperil its marine ecosystems.

“Just touching or stepping on a coral growth could potentially destroy it and a lot of novice divers don’t understand that,” Ocampo told Arab News. “There’s a bright future for tourism of all kinds in the Kingdom, but that must come with an advocacy to care for the ocean.”

“It’s great to see the growth in interest in diving,” said Noura, “but I also want to see more protection of the marine environment.”

She described the growth in the number of people interested in the sport as “a beautiful thing” that is also helping in terms of caring for the underwater world.

“Scuba divers are invested in that world,” she said.

Saudi tourism gets chance to bloom in UN challenge

RIYADH: The Saudi Culinary Arts Commission is hosting a...

Action must be taken against any outfit indulging in...