Protests erupt in Karnataka as rape-accused Lingayat seer returns to mutt, says no need to fear

Shivamurthy Murugha Sharanaru, a Lingayat seer, was detained on Monday after he was booked in a sexual assault case. 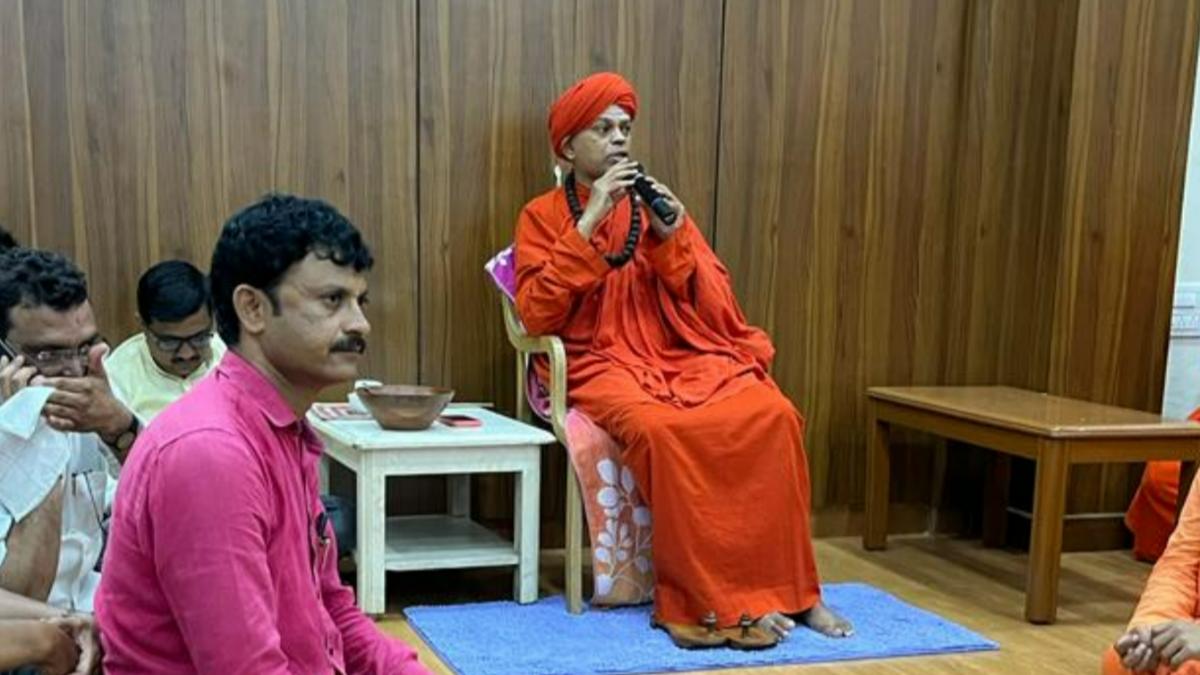 The seer, Shivamurthy Murugha Sharanaru, is the chief pontiff of a prominent Lingayat mutt in Karnataka.

The Mysuru city police have registered an FIR against Shivamurthy Murugha Sharanaru after a complaint was filed on behalf of two minors. He has been booked under sections of the Protection of Children from Sexual Offences (POCSO) Act.

“All of you being with me has given me courage. There is no need to fear. Let’s respect the law. The fountain of support is seen here. I want to thank you all,” said the seer, after returning to the mutt.

Meanwhile, protests have broken out against the Chitradurga Police and the district administration for not taking strict action against the seer accused of rape.

The protesters alleged that despite medical tests being completed last evening, the police have not taken concrete action.

The protesters have also alleged that NGO representatives, who informed the concerned authorities about the incident, were not allowed inside the station on Monday.

Two girls studying at a school run by the Lingayat mutt reached out to ‘Odanadi Seva Samsthe’, an NGO in Mysuru working for the rescue, rehabilitation, reintegration and empowerment of trafficked and sexually exploited women and children. After they narrated their ordeal, it was brought to the attention of the district children’s welfare committee, following which a case was registered by the police.

According to the complaint, the girls, aged 15 and 16, who were staying at the hostel under the Murugha Mutt, were sexually abused for over three-and-a-half-years.

An FIR has been registered against a total of five people, including the warden of the mutt’s hostel, based on a complaint by an officer of the District Child Protection Unit.

Following nationwide raids against the Popular Front of India...

Previous articleClean and clear: The Hindu Editorial on a Twitter whistle-blower and the Indian government
Next articleAmethi Lekhpal, Who Failed to Recognise Smriti Irani Over Phone, Faces Probe