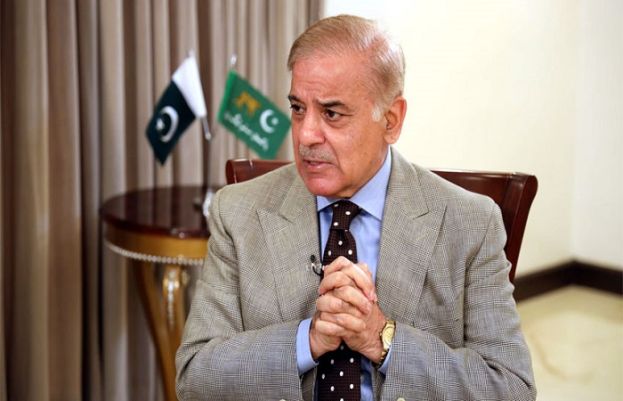 Prime Minister Muhammad Shehbaz Sharif during a visit to Sujawal district of Sindh on Saturday expressed the resolve to overcome flood related issues with collective efforts.

He made the remarks during a visit to Sujawal district of Sindh on Saturday where representatives of concerned departments briefed him about the devastation caused by the calamity.

The Prime Minister said the entire country is badly affected with flash floods due to incessant monsoon rains.

He said the heavy downpours in the season has caused human losses, damaged road and infrastructure across Khyber Pakhtunkhwa, Punjab, Sindh and Balochistan.

He said a collective policy will be framed in collaboration with the provinces for the relief and rehabilitation of flood affected people.

On the occasion, Shehbaz Sharif also appreciated the efforts of the Chief Minister Sindh, administration and the armed forces for their rescue and relief operations in these areas.

Later, talking to the affected people, the Prime Minister said the federal government has allocated a grant of 38 billion rupees to support each flood affected family with disbursement of 25,000 rupees.

He said a grant of 15 billion rupees has already provided to Sindh province while the distribution of flood relief amount among each family has also commenced in Sindh province under Benazir Income Support Programme.

Shehbaz Sharif said with the support of National Disaster Management Authority and other relevant departments, the federal government will continue to support the provincial governments in the rescue, relief and rehabilitation efforts.

He said that a combined survey would be completed soon which would enable them to get an estimate of the damages and losses caused by floods across the country.