Our institutions have been captured, says Rahul Gandhi

Congress leader Rahul Gandhi on Thursday said their party is fighting a machine that has captured the institutional framework of the country. 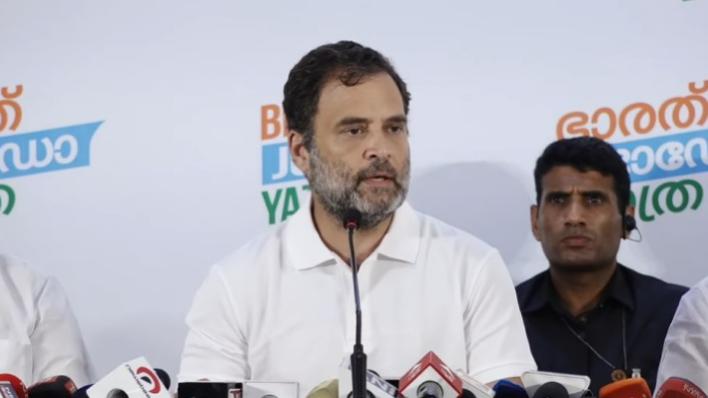 Congress leader Rahul Gandhi on Thursday said their party is fighting a machine that has captured the institutional framework of the country.

We’re fighting a machine that has captured the institutional framework of this country, that has unlimited money & the ability to buy, pressurise & threaten people. The outcome of that is what you’ve seen in Goa,” he said. Rahul Gandhi was addressing the press at a convention centre.

Rahul Gandhi resumed the ‘Bharat Jodo Yatra’ by planting a sapling brought from Lakshadweep at the premises of the Union Christian College Aluva here. He also paid floral tribute to a mango tree planted by Mahatma Gandhi at the college on March 18, 1925.

“Kerala has seen overwhelming success and people have been coming out regardless of their affiliations. This Yatra is about an India that stands united , which is not at war with itself,” the Wayanad MP said.

There are two other issues that are driving the Yatra – unemployment and price rise, he added.

Asked about the Congress presidential election, he said, “Congress President is not just an organisational post, it is an ideological post. Who ever becomes Congress President should remember that he represents a set of views, ideas and ideology.”

Asked about the NIA mega crackdown on PFI links, he said, “All forms of communalism, violence regardless of where they come from are the same and must be combated. There should be zero tolerance towards violence.”

The evening leg of the Yatra will resume at 5 pm from Chirangara bus stop and conclude at Chalakudy Municipal town hall, 8.1 kms away. The Congress’ Bharat Jodo Yatra is set to cover a distance of 3,570 km in 150 days. It started from Kanyakumari in Tamil Nadu on September 7 and will conclude in Jammu and Kashmir. The Yatra, which entered Kerala on the evening of September 10, will go through the state covering a distance of 450 km, touching seven districts over a period of 19 days before entering Karnataka on October 1.

Riteish and Genelia completed 20 years of wedlock in...
India

India said on Thursday that it has been a...

Riteish and Genelia completed 20 years of wedlock in...

The PCB has announced the launch of women's T20...