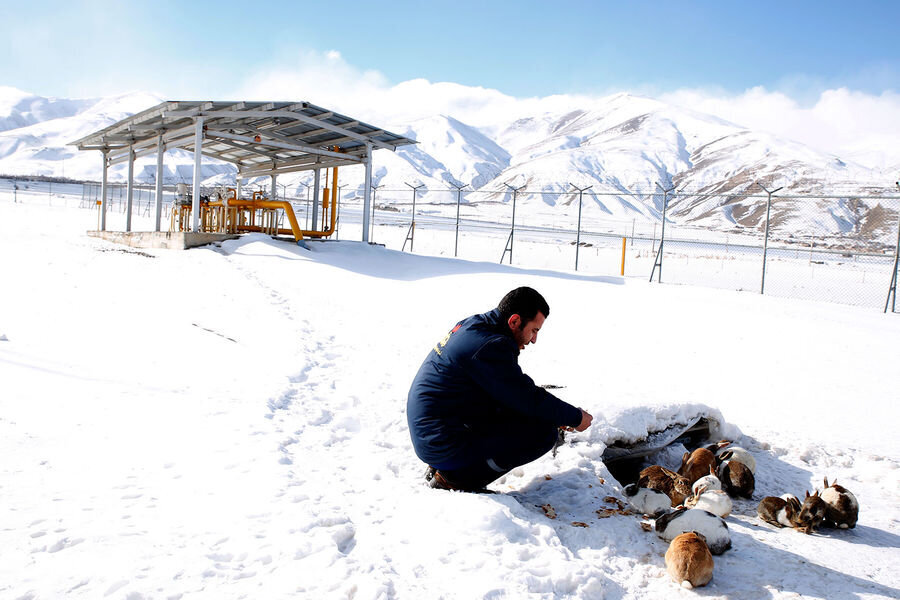 TEHRAN – Head of the National Iranian Gas Company (NIGC) has said his company is getting prepared for sustainable gas supply during the cold season, Shana reported.

“Renovation of important and vital parts and equipment of the refineries of South Pars gas complex is one of the important priorities in this regard that will be commenced in the near future,” Majid Chegeni said.

Chegeni, who traveled to the South Pars Complex, made the remarks in a meeting with the senior managers of the complex’s refineries.

Referring to the importance of sustained fuel supply to all sectors of the country during the cold season, he said: “Now the domestic, commercial and power plants are the first priorities of the National Iranian Gas Company for supply during the cold season for which we have been planning carefully all year long.”

“The maximum production and processing of natural gas and by-products must always be maintained in the refineries of the complex and in line with this important principle, the renovation of facilities, equipment, and key parts of the first complex refineries will start in the near future,” he added.

Having the biggest network in the region, Iran is one of the leading countries in terms of gas accessibility, and in this regard, making sure that this access stays uninterrupted during the pick consumption periods is a top priority for NIGC.

During the previous year’s cold season, despite the unprecedented increase in natural gas consumption in the country, the gas industry was able to register a record high in terms of gas supply during the peak consumption period.

The consumption of natural gas by the domestic and commercial sectors reached 662 million cubic meters (mcm) in January to register a new record high in the previous Iranian calendar year (ended on March 20).

NIGC and all its subsidiaries were seriously working a few months before the winter to ensure the sustained supply of gas during the cold season.

With a nominal capacity of over 1,000 mcm, Iran is currently producing over 810 mcm of natural gas on a daily basis which is mostly used inside the country for the domestic sector and also as fuel for the power plants and a small portion is also exported to neighboring countries like Iraq.

KHANPUR: Two people, including a student, were killed and...