This 1990 photograph shows the Hubble Space Telescope being deployed from the space shuttle Discovery on mission STS-31.

SpaceX and billionaire astronaut Jared Isaacman are teaming up with the National Aeronautics and Space Administration to study whether a private mission could extend the life of the famed Hubble telescope.

NASA signed an agreement with Elon Musk’s company and the Polaris Program, which Isaacman leads, to study the possibility of using a SpaceX spacecraft to dock with the telescope and change its orbit in an effort to further its lifetime, the parties announced Thursday.

NASA’s science chief Thomas Zurbuchen said during a press call that SpaceX approached NASA with the idea “a few months ago.”

NASA expects that the Hubble telescope would be retired by the end of this decade based on its current decline in orbit. The spacecraft has three gyroscopes stabilizing it, according to the agency. If Hubble were moved to a higher altitude, closer to where it began its time in space, NASA estimates the telescope could operate for another 15 to 20 years.

“It’s wholly appropriate to for us to look at this because of the tremendous value this research asset has for us as well as other,” Zurbuchen said.

Zurbuchen said the agreement between NASA and SpaceX doesn’t involve any “transfer of funds” and that “SpaceX are funding their own participation.”

The study will last six months as SpaceX examines how its Crew Dragon capsule could dock with the telescope and what, if any, modifications would be needed, while NASA collects technical data from Hubble.

Sign up here to receive weekly editions of CNBC’s Investing in Space newsletter.

Though the study doesn’t guarantee a mission to Hubble, Isaacman said that potential flight would “certainly fit within the parameters we established for the Polaris Program.”

“[Hubble is] probably one of the greatest exploration assets of all time,” Isaacman said, adding “this study has broad applicability.”

NASA’s Hubble launched more than 30 years ago and remains in operation, having helped astronomers make numerous discoveries over the decades. Notably, NASA flew five missions of astronauts out to repair and replace parts on the complex spacecraft, using the agency’s own Space Shuttle vehicles.

The first mission of Isaacman’s program, called Polaris Dawn, is scheduled for March, with Isaacman again leading a crew of four to orbit in a Crew Dragon capsule. The culmination of the program is expected to be the third mission, which would be the first crewed launch of SpaceX’s Starship rocket.

Isaacman has previously outlined three objectives for the Polaris Dawn mission: to reach the highest orbit around Earth that humans have ever flown, to conduct a spacewalk outside of the Dragon spacecraft, and to use Starlink internet satellites to communicate.

Currently, the Polaris Dawn crew is training in preparation to launch, with CNBC recently joining Isaacman to experience how his team uses fighter jets from his personal fleet to prepare for the spaceflight. 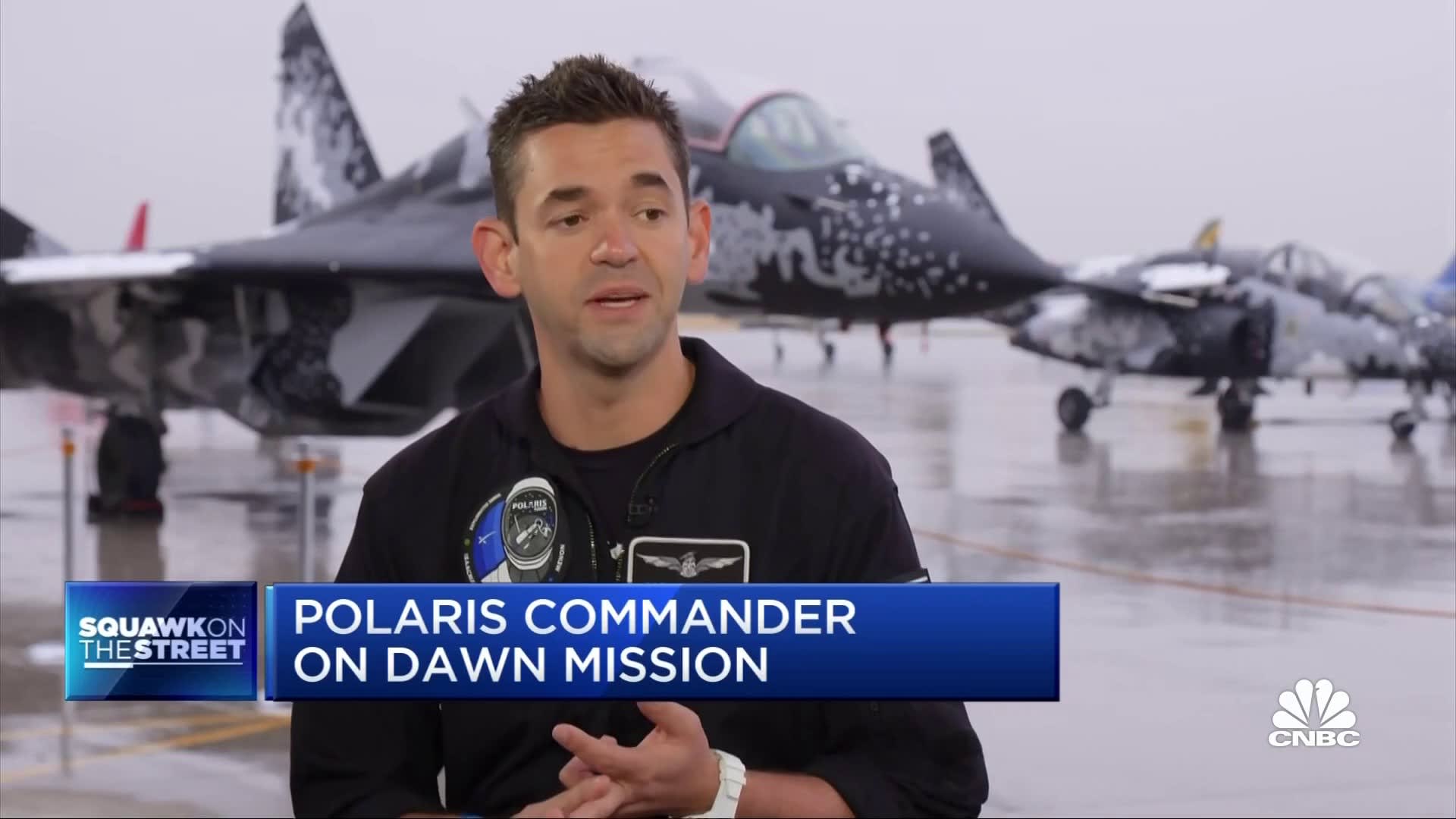 Previous article
Russia to annex more of Ukraine on Friday at the Kremlin
Next article
Kristin Smart murder trial: the defense rests its case in California trial