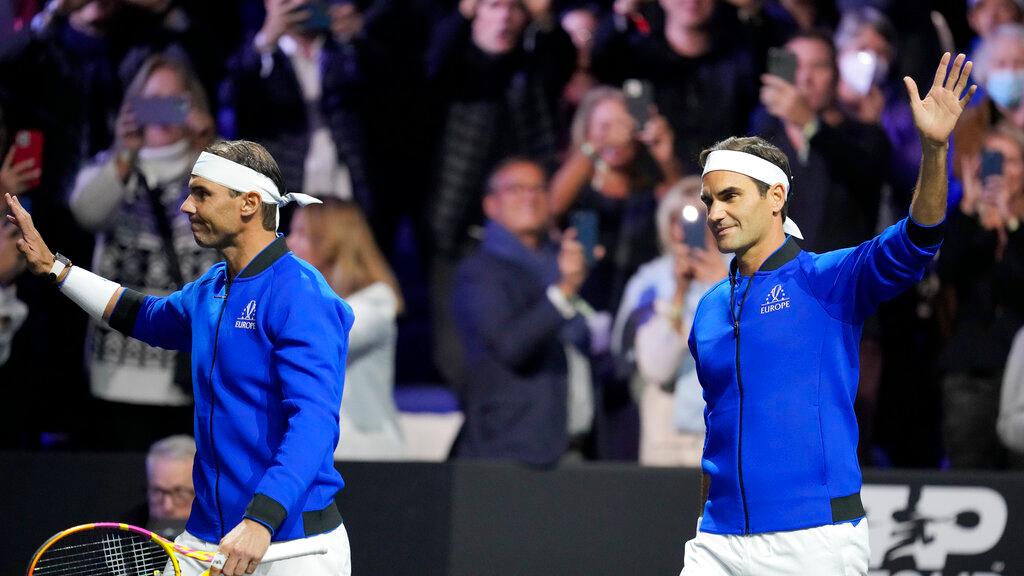 Federer, in the meantime, bowed out of professional tennis on not such a happy note. All eyes were on the star from Switzerland before the Laver Cup got underway and he bid adieu to the sport in front of a packed stadium.

As far as Federer’s match is concerned, both teams held their serve in the first set, making it 5-4 before Nadal and Federer earned their first break of serve to close out the set. However, Tiafoe and Sock hit back by breaking their opponent’s serve early in the second set.

Tiafoe and Sock put pressure on Team Europe by taking a 3-1 lead. Thereafter, Nadal and Federer earned their second break of serve in the match to make it 4-3 in the second set.

After some jaw-dropping pieces of tennis, Nadal and Federer took a 6-5 lead and were one game away from victory. However, Sock and Tiafoe closed out the second set to take the match into the third set.

In the third set, Federer and Nadal had a match point and a chance to win the match. But Tiafoe and Sock didn’t lose their composure and had the last laugh.

Following nationwide raids against the Popular Front of India...

Previous articleSathiyan through to last four, Sharath pulls out with lower back pain
Next articleBreaking News Live Updates – 24 September 2022: Read All News, as it Happens, Only on News18.com