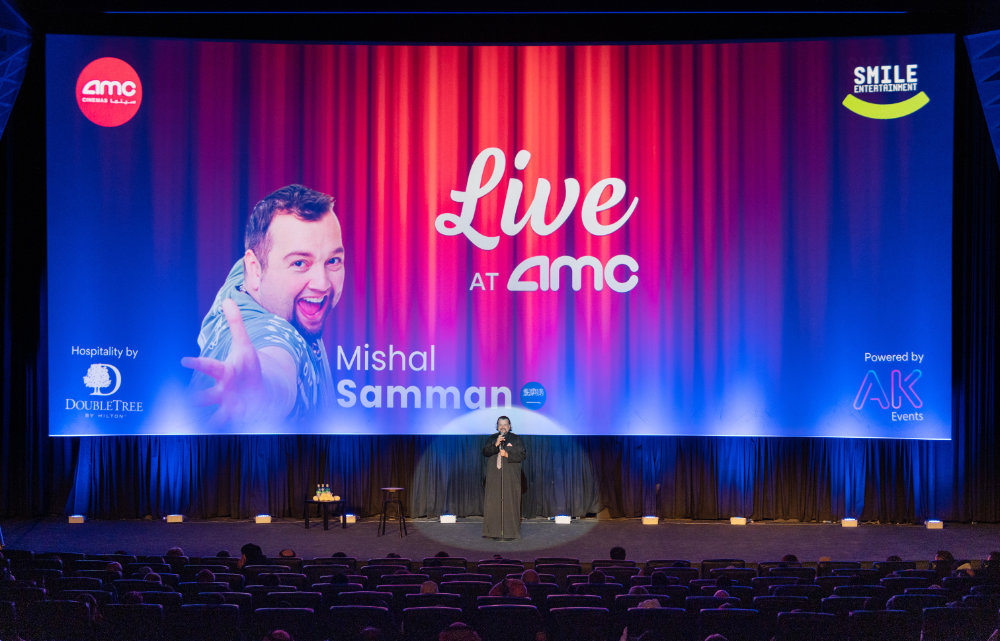 “I’m really excited because this gives them the opportunity to see something different. To see international people who are coming into Saudi Arabia to perform in the Kingdom. This is a huge opportunity for Saudi Arabia to get the average-circuit comedian to come to Saudi Arabia, have a great experience, and to give free publicity about the great experience that they’ve had here,” the event’s host, Saudi’s Mishal “Meesh” Samman, told Arab News before the show.

The event was yet another attempt by the General Entertainment Authority to bring a wide range of shows to the Saudi public. AMC’s Stand-Up Comedy Night will return next month, featuring acclaimed acts from the Kingdom and the wider region, as well as celebrated international performers.

“It will be ongoing inshallah. We have more shows planned at AMC and we now have multiple requests from other venues in Riyadh, Jeddah and Al Khobar to produce stand up regular comedy shows. 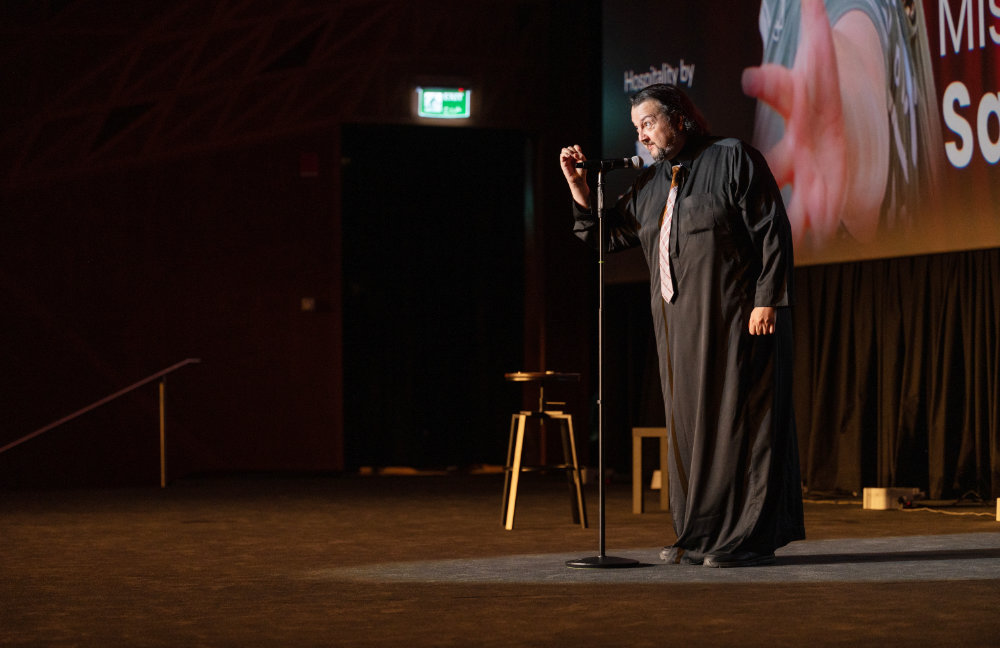 “We think the time is right to move forward and we want the international comedians we bring over to leave with positive impressions of receptive Saudi audiences and become Ambassadors for the Kingdom in spreading the word. The shared, joyful experience of laughing together really is a way to bridge differences and cultures and comedy is a wonderful medium to achieve this.

We also want to work in parallel and in collaboration with the growing local stand up comedy circuit to support this form of popular entertainment and encourage Saudi youth to consider live performing art in all its forms as a potential career path,” said Peter Howarth-Lees, founder and partner of Smile Entertainment.

“I think it’s fantastic that Saudi Arabia has opened up so much that they’re allowing outside comedians to come into the country and perform their stand-up comedy in English,” Samman said. “Let’s not forget that there is a huge expat community here and people who do understand and like English comedy.”

The host introduced Smith, the first female comedian to take the stage at a live stand-up show in Saudi Arabia, who took jabs at popular singers, riffed on finding love, and warned against anyone with the name “Allyson.” 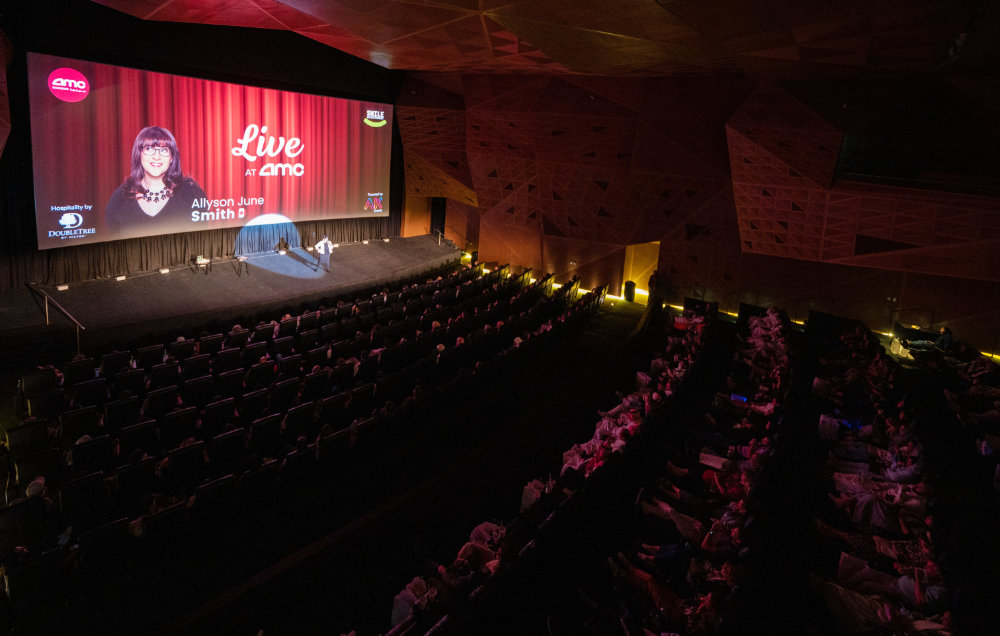 Smith said she was honored to be the first to bring female-centered comedy to the Kingdom, and hopes to inspire Saudi women with her work.

“I’m very grateful that I get to be a part of this, that I get to be this person. I really hope that maybe someone saw what I did and realized that you can do that. It’s a profession and it’s a job,” she told Arab News.

“What was really nice was getting up on that stage and seeing so many other sisters looking at me and just laughing and loving it. This experience was just phenomenal and I hope that everyone appreciated it because the more support we get from people, the more we’ll be able to do more of this,” Smith said.

Smile Entertainment is one of the pioneers of live stand-up comedy in Saudi Arabia, having created an underground scene before entertainment was embraced by the nation.

Smile Entertainment is one of the pioneers of live stand-up comedy in Saudi Arabia, having created an underground scene before entertainment was embraced by the nation.

This was their second show in collaboration with the GEA, the first being before the COVID-19 pandemic. 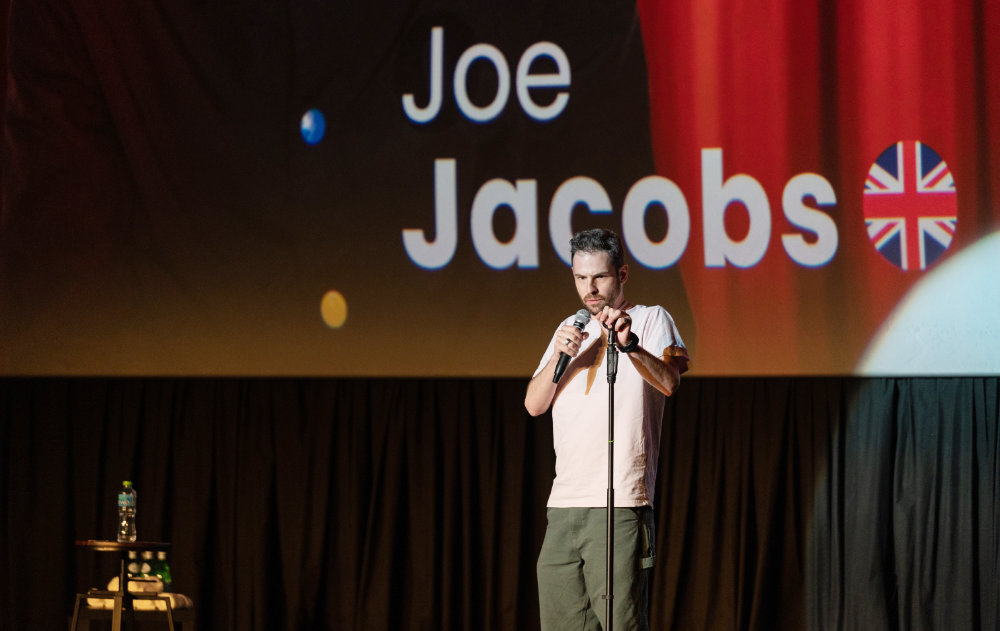 “Today, coming back and doing our first show (after COVID-19), I must tell you, seeing how things are (so) smooth, how the General Entertainment Authority was beyond supportive. I remember the days when we couldn’t even apply for a permit to do the show and we had to do it underground, it’s like the difference between night and day,” co-founder of Smile Entertainment, Abeer Al-Fouti, told Arab News.

Bringing in seasoned international talent to perform on a Saudi stage and training local talent was a big goal for the AMC and Smile.

“We have a lot of talent that is not developed, so mixing, matching, and creating a space where people can always practice is important. This is how they grow and become big,” Al-Fouti said.

“In a time where division is really big, I’m happy to be part of a solution, which is culture, that brings people together. Through laughter, we can forget about all our problems and just be happy and be together … It’s important to us,” Al-Fouti added.