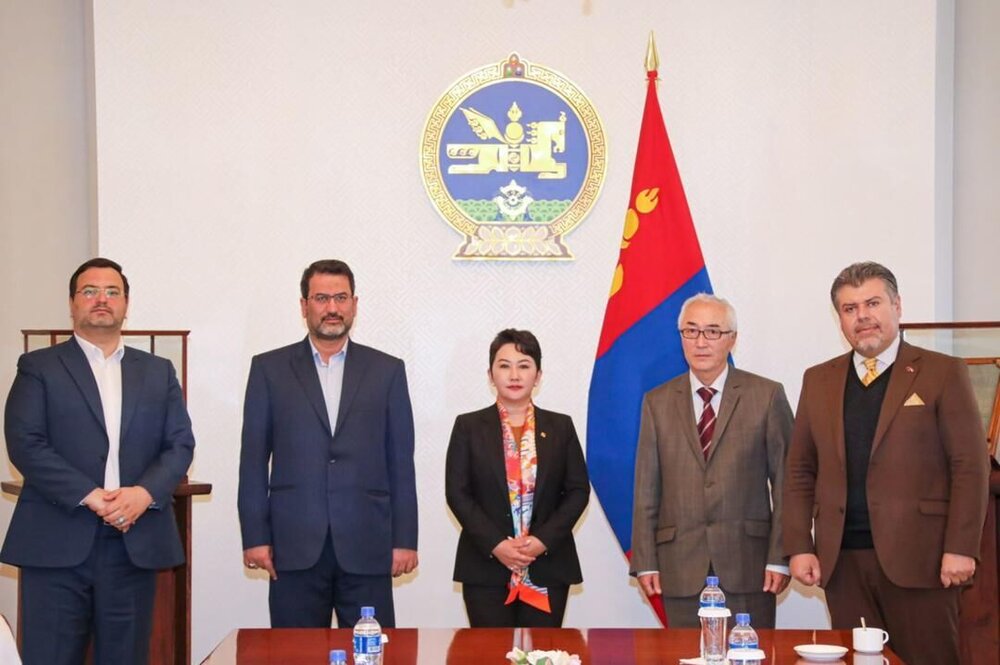 TEHRAN – An Iranian Trade delegation headed by the country’s Deputy Industry, Mining, and Trade Minister Mohammad-Mehdi Baradaran has visited Mongolia to pursue expansion of economic ties with the country.

The delegation was received by the country’s Foreign Minister Battsetseg Batmunkh on Saturday, IRIB reported.

In this meeting, Batmunkh stated that the arrival of the Iranian delegation to Mongolia can be considered the biggest diplomatic step for the expansion of mutual economic relations over the past 40 years.

“We hope that trade relations between the Islamic Republic of Iran and Mongolia will increase,” she added.

During the meeting, the Iranian delegation conveyed the message of Foreign Minister Hossein Amirabdollahian inviting his Mongolian counterpart to visit Tehran.

In the three-day visit to the East Asian country, the delegates held talks with other officials as well, exploring ways to develop relations between the two countries and pave ground for Iran’s private sector’s cooperation in Mongolian urban projects.

They also signed three memorandums of understanding with the Ulaanbaatar Chamber of Commerce, which was another goal of the trip.

Also, in a meeting held with the mayor of Alpato and the head of the local government of Ulan Bator, it was decided that the private sector of the Islamic Republic of Iran should cooperate with this region in urban economic projects and provide engineering services.

The Iranian delegation also discussed importing meat from Mongolia and reached positive agreements in this regard.

The trip to Mongolia has been carried out in line with policies of President Ebrahim Raisi’s administration to boost relations with different countries.

14 indicted in Iran over Fakhrizadeh assassination

The PCB is concerned that the growth of Indian...

The government on September 28 extended by three...