Alphabet CEO Sundar Pichai gestures during a session at the World Economic Forum (WEF) annual meeting in Davos, on January 22, 2020.

As Google tries to navigate an unfamiliar environment of slowing growth, cost-cutting and employee dissent over cultural changes, CEO Sundar Pichai is finding himself on the defensive.

At a companywide all-hands meeting this week, Pichai was faced with tough questions from employees related to cuts to travel and entertainment budgets, managing productivity, and potential layoffs, according to audio obtained by CNBC. 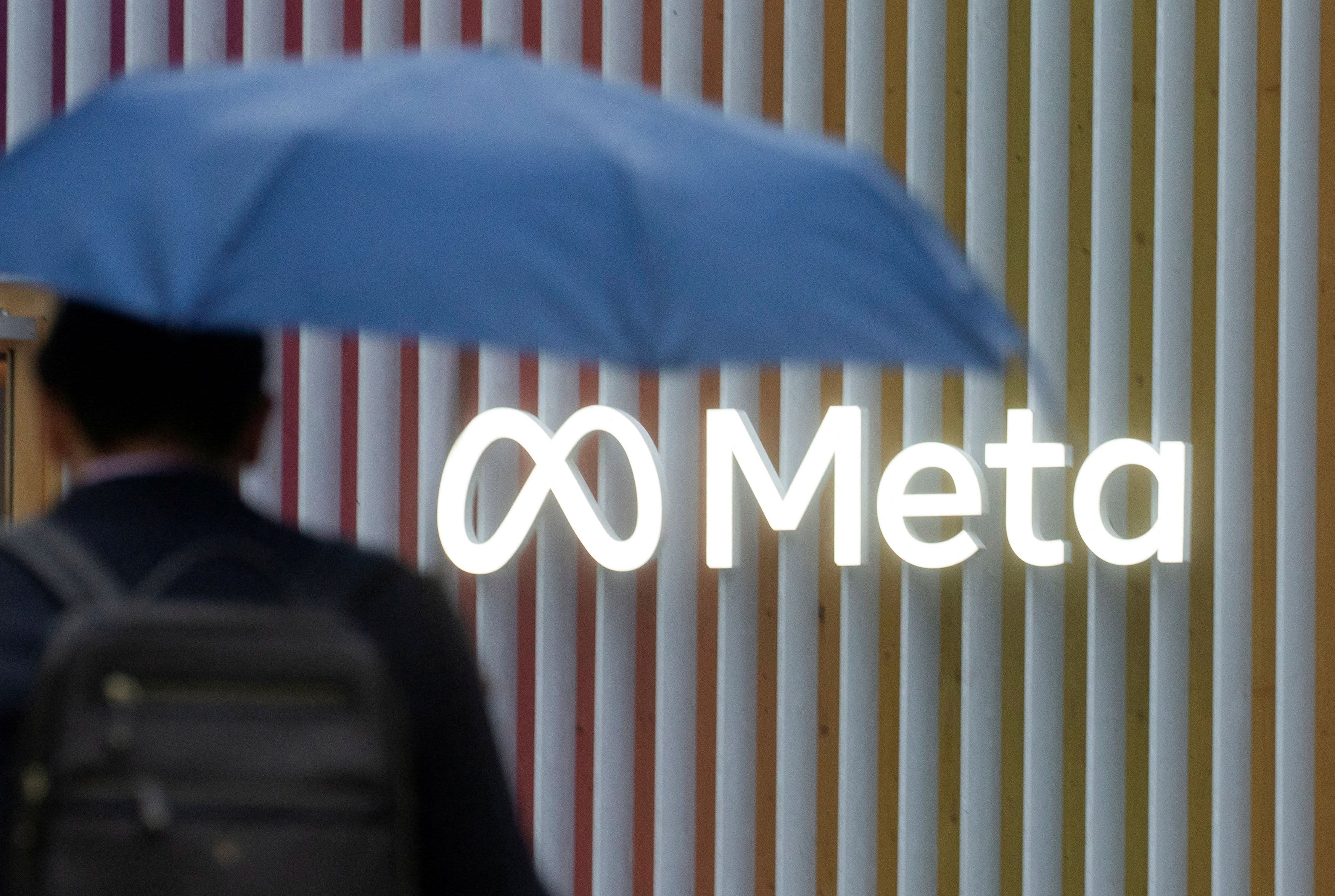 Pichai was asked, in a question that was highly rated by staffers on Google’s internal Dory system, why the company is “nickel-and-diming employees” by slashing travel and swag budgets at a time when “Google has record profits and huge cash reserves,” as it did coming out of the Covid pandemic.

“How do I say it?” Pichai began his measured response. “Look, I hope all of you are reading the news, externally. The fact that you know, we are being a bit more responsible through one of the toughest macroeconomic conditions underway in the past decade, I think it’s important that as a company, we pull together to get through moments like this.”

The most recent all-hands meeting comes as Google parent Alphabet, Meta and other tech companies are staring into a slew of economic challenges, including a potential recession, soaring inflation, rising interest rates and tempered ad spending. Companies that, for the past decade-plus, have been known for high growth and an abundance of fun perks, are seeing what it’s like on the other side. 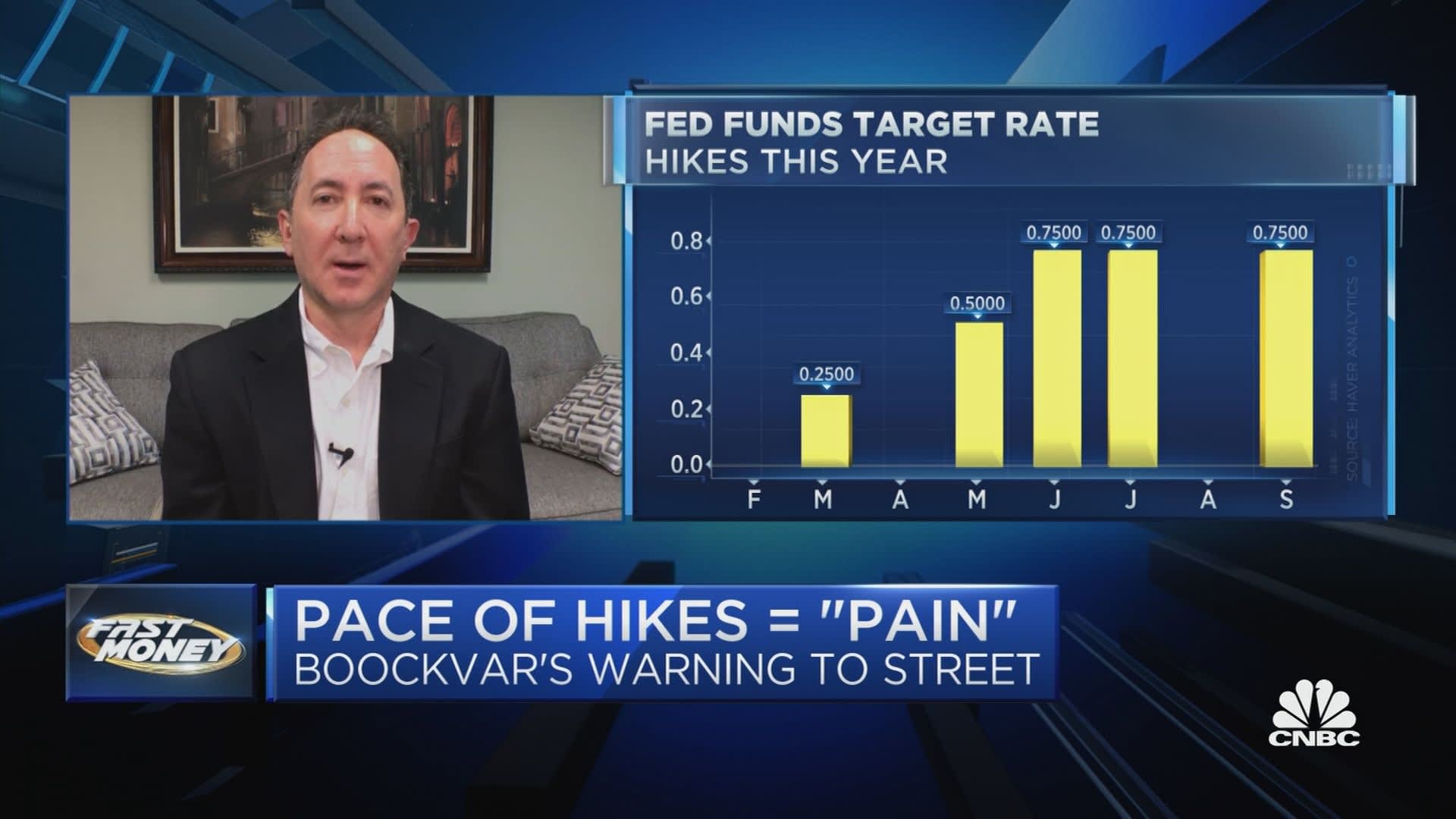 In July, Alphabet reported its second consecutive quarter of weaker-than-expected earnings and revenue, and third-quarter sales growth is expected to dip into the single digits, down from more than 40% a year earlier. Pichai admitted that it’s not just the economy that’s caused challenges at Google but also an expanding bureaucracy at Google.

Still, he at times sounded annoyed in the meeting, and reminded staffers that, “We don’t get to choose the macroeconomic conditions always.”

After the company’s head count ballooned during the pandemic, CFO Ruth Porat said earlier this year that she expects some economic issues to persist in the near term. Google has canceled the next generation of its Pixelbook laptop and cut funding to its Area 120 in-house incubator.

Google launched an effort in July called “Simplicity Sprint,” which aimed to solicit ideas from its more than 174,000 employees on where to “get to better results faster” and “eliminate waste.” Earlier this month, Pichai said he hoped to make the company 20% more productive while slowing hiring and investments.

How to be more productive

One of the top-rated questions posed by employees at this week’s meeting asked Pichai to elaborate on his commentary regarding improved productivity and the 20% goal.

Pichai said leadership is combing through more than 7,000 responses it’s received from employees regarding suggestions from the Simplicity Sprint effort. 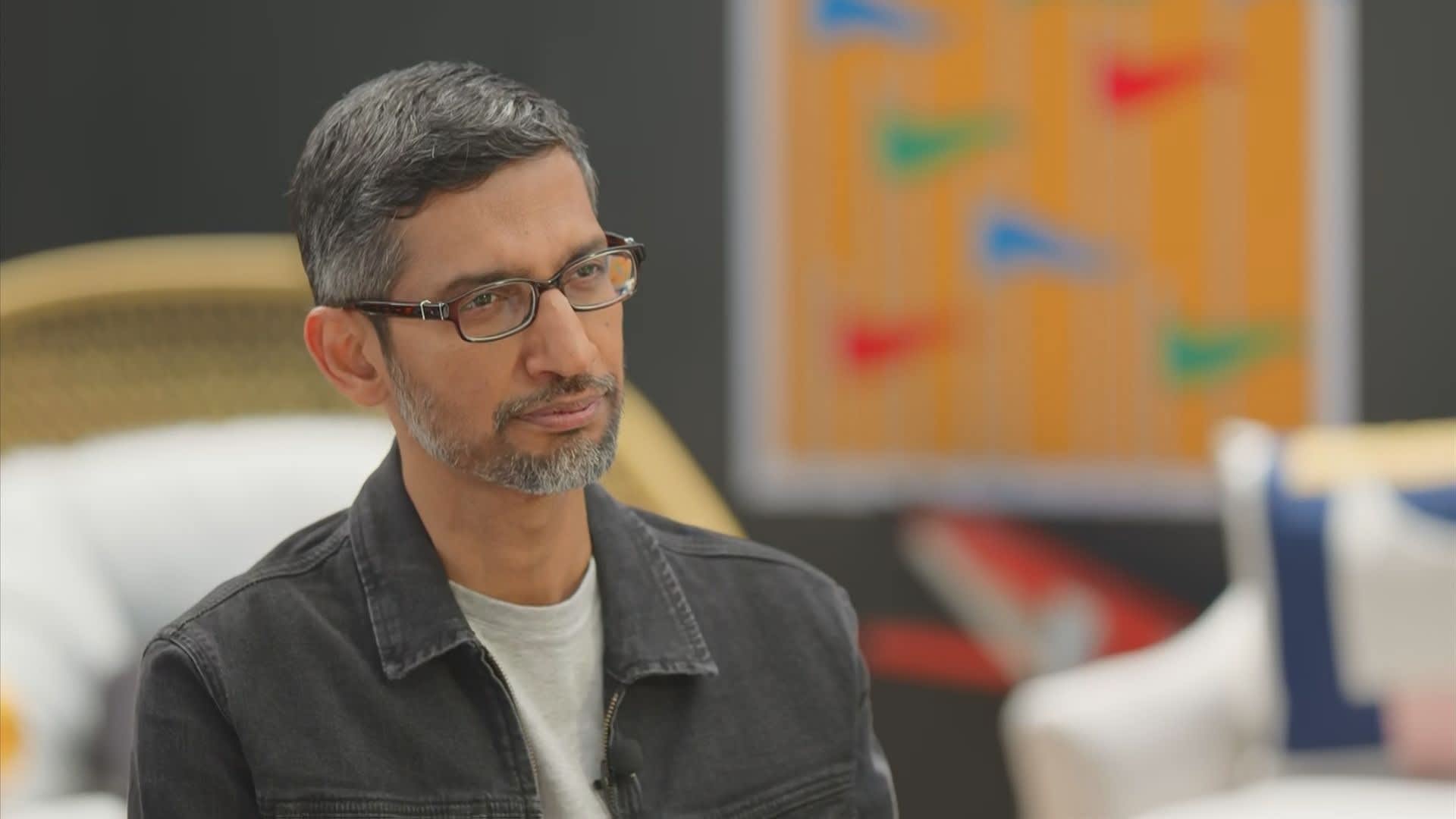 “Sometimes we have a product launch process, which has probably, over many years, grown more complicated than maybe it needs to be,” Pichai said. “Can we look at that process and maybe remove two steps and that’ll be an example of making something 20% more efficient? I think all of us chipping in and doing that across all levels, I think can help the company. At our scale, there is no way we can solve that unless units of teams of all sizes do better.”

Another employee question concerned how the company will share its plans for potential job cuts, after news leaked about the Pixelbook pullback and the cuts at Area 120, which affected workers’ “ability to focus on work.”

Pichai responded by saying that telling the entire workforce of cuts is “not a scaleable way to do it,” but he said he will “try and notify the company of the more important updates.”

The all-hands, known as TGIF (Thank God It’s Friday) was in New York, where Pichai took questions in front of a live audience of employees.

“It’s an interesting choice for Sundar to be in New York for TGIF the week after travel for employees is cut to only the most business critical,” the employee wrote on Dory. “I’m sure Sundar has business-critical meetings in New York.”

Pichai responded: “I think so. I think it qualified.” Some in the audience erupted in laughter.

He did address the bigger theme of cost cuts, and indicated Google’s culture can still be enjoyable even if some things, like certain swag items, are getting taken away.

Employees wanted to know why management is asking employees to adhere to the return-to-office policy “while also saying no need to travel/connect in-person.”

“I do understand some of the travel restrictions at a time like this and RTO and people wanting to see each other, definitely is not ideal,” Pichai responded. “If you haven’t seen your team in a while and it’ll help your work by getting together in person, I think you can do that. I think that’s why we are not saying no to travel, we are giving discretion to teams.”

Kristin Reinke, head of Google finance, said at the meeting that sales teams will have more leeway to travel since their jobs require meeting with customers.

“We know there’s a lot of value in being next to your team but we’re just asking simply to be thoughtful and limit your travel and expenses where you can,” Reinke said. For example, she asked that employees temper their expectations for holiday parties.

“Where you have summits and big meetings, please try to do them in the office,” she said. “We definitely want people to still have fun. We know there’s holiday parties coming up, there’s year-end celebrations, we still want people to do that. But we’re just asking them to keep them small, keep them informal — try not to go over the top.”

Towards the end of the meeting, Pichai addressed a question about why the company has shifted from “rapidly hiring and spending to equally aggressive cost saving.”

Pichai disagreed with the characterization.

“I’m a bit concerned that you think what we’ve done is what you would define as aggressive cost saving,” he said. “I think it’s important we don’t get disconnected. You need to take a long-term view through conditions like this.”

He added that the company is “still investing in long-term projects like quantum computing,” and said that at times of uncertainty, it’s important “to be smart, to be frugal, to be scrappy, to be more efficient.”

Bret Hill, Google’s vice president of “total rewards,” fielded a question about raises, equity and bonuses and how they will be affected by the changes. He said the company doesn’t plan to deviate from paying workers “at the top end of the market so we can be competitive.”

“We’re committed to taking care of our employees,” he said. “I think we’re just working through a tough moment macroeconomically and I think it’s important we as a company align and work together.”

A Google spokesperson said, “Sundar has been speaking to the company consistently over the last few months about ways we can be more focused.” The spokesperson added Pichai reinforced that company “leaders are working to be responsible and efficient in all that their teams do” in a moment of uncertainty, and that they’re “ensuring that our people are working on the highest impact / highest priority work.” 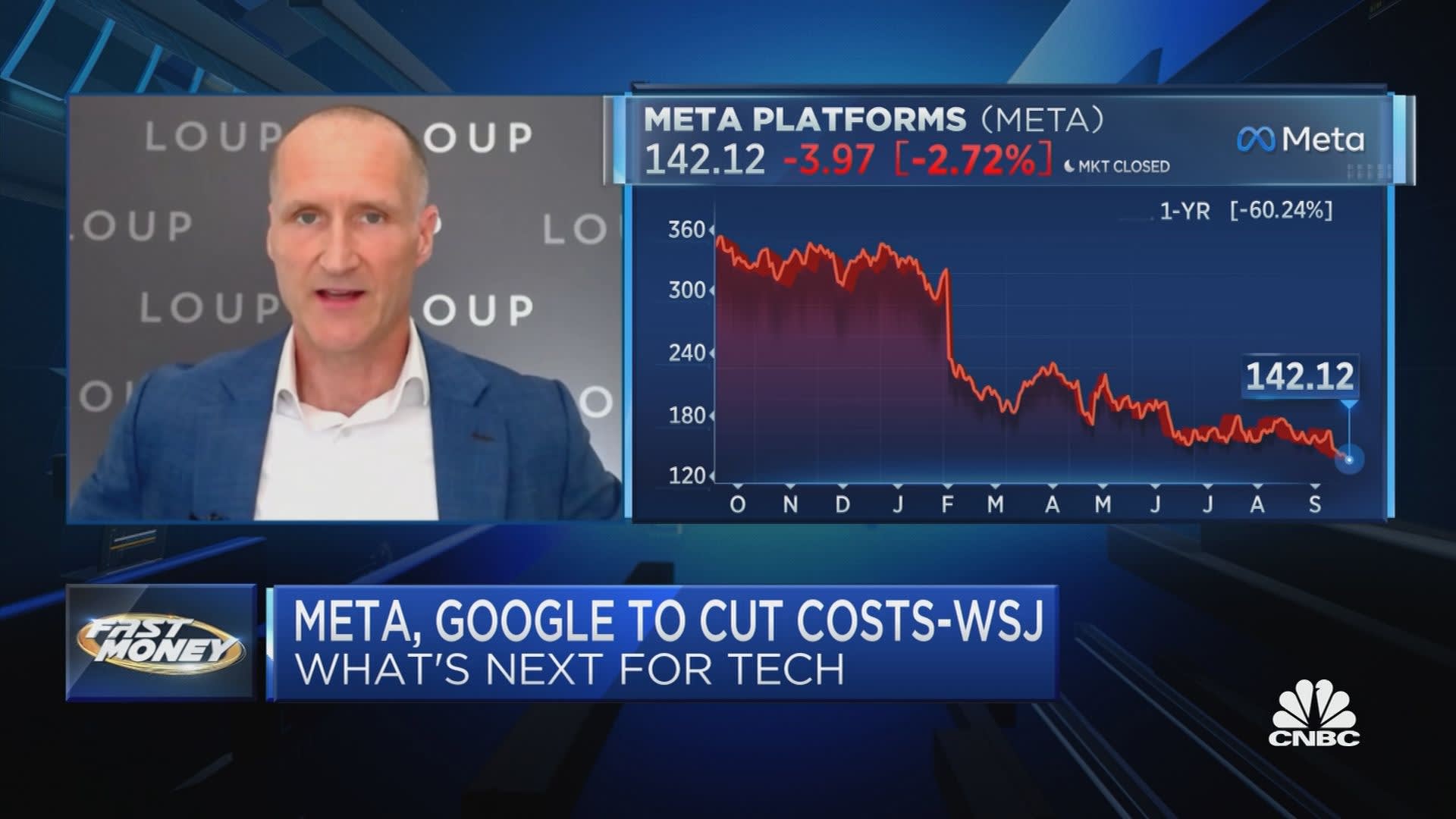 Gisele Bündchen has been reportedly working with a divorce lawyer...
Top Stories