Tagovailoa was taken off the field in a terrifying scene during Thursday’s loss to the Cincinnati Bengals and entered concussion protocol. The incident came just five days after Tagovailoa displayed alarming symptoms on the field after hitting his head on the ground in a game against the Buffalo Bills where he was eventually cleared to return. 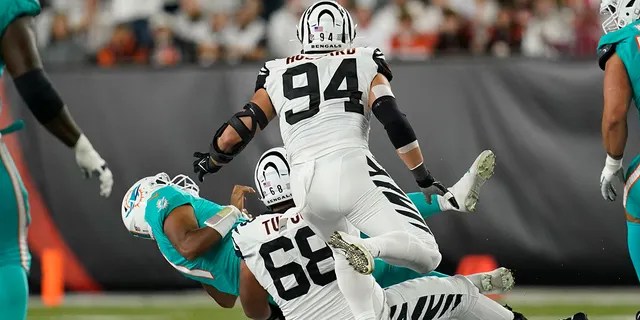 Miami Dolphins quarterback Tua Tagovailoa is sacked by Cincinnati Bengals’ Josh Tupou during the first half of their game at Paycor Stadium in Cincinnati, Ohio, on Thursday.
(AP Photo/Joshua A. Bickel)

“Right now he’s in the building,” McDaniel told reporters of Tagovailoa’s status. “He’s had a couple of good days, but he’s just trying to go through with the proper procedure and protocol, so he’s feeling 100%. I know he’s going to be diligent with it.”

Tagovailoa was hit hard by Bengals defensive tackle Josh Tupou, who slammed him to the ground in the first half of Thursday night’s game. The quarterback laid on the turf with his hands frozen above him and his fingers flexed in an awkward position. 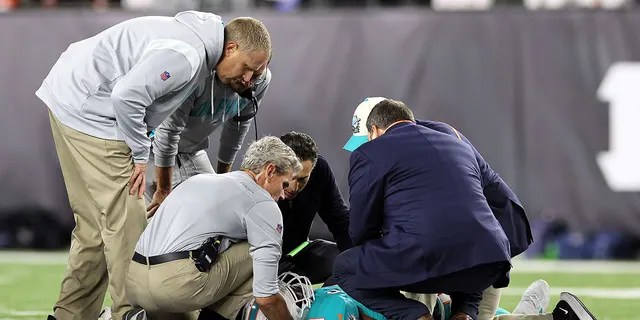 Medical staff tend to quarterback Tua Tagovailoa of the Miami Dolphins after an injury during the second quarter of the game against the Cincinnati Bengals at Paycor Stadium in Cincinnati, Ohio, on Thursday.
(Andy Lyons/Getty Image)

Tagovailoa was taken to the hospital and later diagnosed with a concussion, but the incident sparked outrage across the league, with NFL Players Association president JC Tretter calling out those who made the decision to allow Tagovailoa to return to Miami’s Week 3 game against Buffalo and play Thursday after he displayed “no-go” symptoms on the field.

“We have come a long way over the past 15 years but the last week proves how far we have left to go,” Tretter said Friday in a statement posted to social media.

The NFLPA terminated the neurotrauma consultant who evaluated Tagovailoa during Miami’s game against the Bills, and both the NFLPA and the NFL announced plans to modify the concussion protocol as a result of his injuries. 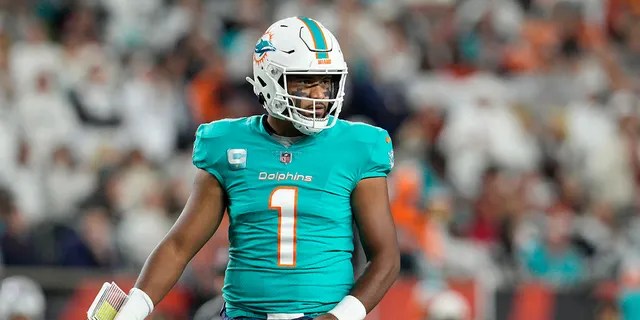 Miami head coach Mike McDaniel told reporters that it is too soon to say if the Dolphins will place Tagovailoa on injured reserve.
(AP Photo/Jeff Dean)

McDaniel told reporters that it is too soon to say if the Dolphins will place Tagovailoa on injured reserve and noted that the focus will be on making sure he’s at “optimum health.”

“This is something that’s too early to give it a definitive timeline. I can comfortably say that he’ll be out for this game against the Jets, but anything beyond that — we’re just focused on making sure he’s at optimum health and then crossing that bridge,” said the head coach. “It’s a little early for definitive timelines beyond that.”