Allan Thygesen, attends the YouTube Brandcast 2022 at Imperial Theatre on May 17, 2022 in New York City.

DocuSign shares rose more than 3% in extended trading after the electronic signature software maker announced it has hired an Alphabet executive, Allan Thygesen, to be its next CEO. The announcement comes three month after DocuSign said its CEO for the past five years, Dan Springer, was stepping down.

Like other cloud software companies, DocuSign enjoyed a wave of greater interest among investors during the Covid pandemic as consumers and corporate workers became more reliant on digital ways to sign documents. But the interest has died down. Notwithstanding the after-hours move, DocuSign shares have fallen 64% so far this year. 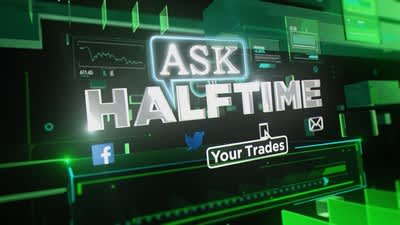 On Oct. 10 Thygesen will replace DocuSign’s chair and interim CEO, Maggie Wilderotter, and join the company’s board. Thygesen has spent nearly 12 years at Alphabet subsidiary Google, where he was most recently president of Americas and global partners. In that role he was responsible for $100 billion in Google advertising revenue, according to his LinkedIn profile. He sits on the board of cloud communications company RingCentral.

Earlier this month DocuSign reported 22% revenue growth in the quarter that ended July 31, compared with 58% growth in 2021.

The company went public on Nasdaq in 2018, and it faces competition from the likes of Adobe, with its Acrobat Sign service. Springer said at a UBS conference in December that Adobe is “focused on a value sell that says, ‘Hey, we’re not going to be able to be as good as DocuSign.'”

This is breaking news. Please check back for updates.

Shelter from the storm: Amid Hurricane Ian, Florida schools open their doors to help neighbors in need

Bollywood actor Ameesha Patel refuted the rumours of her...