DWAC had already twice adjourned the meeting earlier in the day after previously adjourning it Tuesday. The deadline for the merger is Thursday, and the vote could decide the fate of a $1.3 billion cash infusion from DWAC’s public offering and Trump Media and Technology Group’s potential listing on the stock market.

It was unclear what the adjournment meant for the deal. DWAC’s chief executive, Patrick Orlando, posted on Truth Social that “important information will be disseminated on Truth later today.” Shares of DWAC fell about 3% on light volume after the market closed.

Trump Media owns Truth Social, which was founded by the former president after he was banned from Twitter following the Jan. 6, 2021, Capitol riot.

Digital World previously warned that the vote’s failure could result in the SPAC’s liquidation. More recently, DWAC CEO Patrick Orlando said he intends to initiate a “built-in” extension with a $2.8 million injection from his company and DWAC sponsor ARC Global Investments II. 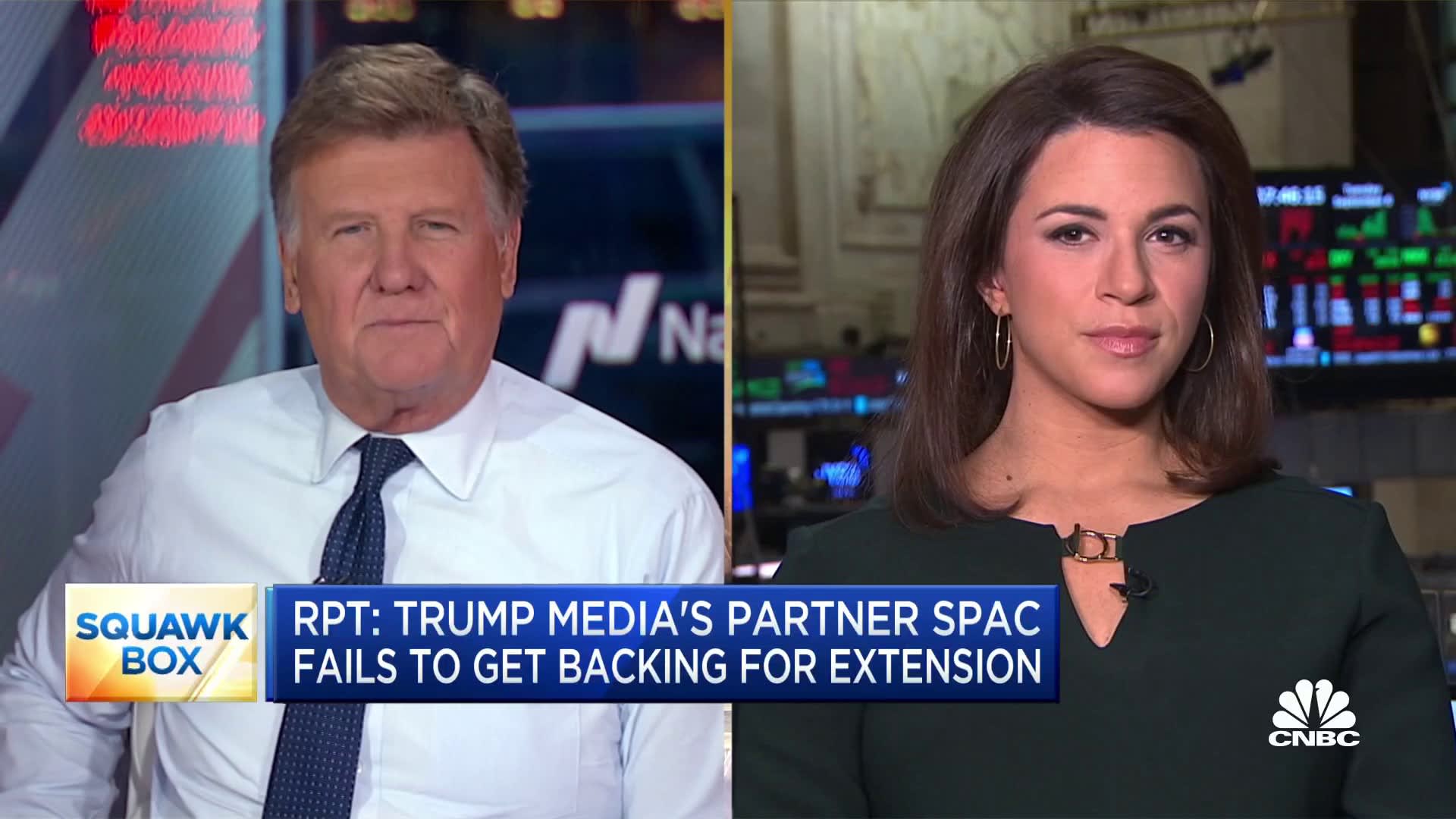 DWAC had been scheduled to announce the vote results on Tuesday, but Orlando adjourned its special meeting after just two minutes to provide more times for voting. Earlier that day, Reuters had reported that DWAC had failed to garner the votes necessary for the extension, citing sources familiar with the matter.

DWAC needs 65% of shareholders to support the extension of the merger deadline. While 20% of those shares are held by Orlando through ARC Global Investments, he says the deal has attracted many retail investors. Orlando has been rallying those investors to vote on Truth Social.

The deal has also been the subject of an SEC probe into potential securities violations, stemming from reports that representatives from Trump Media and DWAC discussed the merger prior to DWAC’s public offering.

Trump Media and Technology Group blamed the SEC for the merger delay, alleging that “meaningful feedback” from the commission is long overdue.

“In the interests of simple fairness, the SEC needs to set aside any improper political considerations and bring its review to a swift conclusion,” a statement from Trump Media read.

Trump Media has denied reports of financial strife that alleged that the company owed over $1 million to a contractor. The former president has indicated that company may not need the cash infusion from the DWAC deal.

“In any event, I don’t need financing, ‘I’m really rich!’ Private company anyone???” Trump wrote in a Truth Social post on Saturday.