A Bharatiya Janata Party (BJP) leader’s son has been named as the prime accused in the murder case of a teenager in Uttarakhand. Pulkit Arya, the prime accused, has been arrested for his alleged involvement in the murder of a 19-year-old girl who worked as a receptionist at his resort in the Laxman Jhula area of Rishikesh. The girl was reported missing on September 18.

HOW THE EVENTS UNFOLDED

1. The girl was reported to be missing on September 18. According to police sources, she went to Rishikesh that night around 8 o’clock with Pulkit Arya, resort manager Saurabh Bhaskar, and another accused named Ankit, alias Pulkit Gupta.

2. On the way back, the trio stopped to drink alcohol by a canal along Chila Road. The girl had to wait for them to finish their drinks.

3. After some time, a quarrel broke out between the trio and the girl. The girl accused the three men of carrying out illicit activities at the resort owned by Pulkit Arya and threatened to go public. In a fit of anger, the three allegedly pushed the girl into the canal.

4. The police on Friday said that the missing report had been converted to a murder case. Uttarakhand’s Pauri Garhwal Police also arrested the main accused, Pulkit Arya, who is the owner of the resort, along with assistant manager Ankit Gupta and manager Saurabh Bhaskar.

5. All three accused were presented before a court on Friday and were sent to 14 days of judicial custody.

The father of the girl alleged that the girl was molested by the accused and the audio of the incident had been recorded.

The 19-year-old girl was a resident of Srikot village in Pauri Garhwal. She had been working as a receptionist at the private resort owned by Arya in the Laxman Jhula area. Her family had filed a missing report after she could not be traced on September 18.

Based on the missing complaint, an FIR was registered three days later, on September 21.

On Friday, the authorities nabbed the three accused in the murder case and stated that they had thrown her into the waterbody after a dispute between them. “Sections of murder and concealment of evidence — 302 and 201 of the IPC — have been slapped on the accused,” SSP of Pauri Garhwal said, adding that she had drowned in the incident.

“The girl was missing for five days. The area falls under the revenue police jurisdiction. A missing complaint was filed with the revenue police. The case was transferred to Laxman Jhula Police on Thursday and within 24 hours all three accused were arrested,” Uttarakhand DGP Ashok Kumar told India Today.

The body of the girl has not been recovered yet and an SDRF (state disaster response force) team was on the lookout for her body, the police stated.

Pulkit Arya, who is the owner of the resort, is the son of former minister of state Vinod Arya. A source said that Pulkit got embroiled in controversies even during the pandemic lockdown after he entered a restricted area in Uttarkashi along with a controversial leader of Uttar Pradesh, Amarmani Tripathi. Tripathi is accused of killing a woman and has been in jail for 14 years over murder charges.

Pulkit’s father, Vinod Arya, is a well-known name in the Bharatiya Janata Party. At present, he is a member of the national executive of BJP OBC Morcha. Also, he is the co-in-charge of UP and has also been a former minister of state. His other son, Ankit Arya, is a minister of state. He is presently the vice-chairman of the Uttarakhand OBC Welfare Commission.

At present, Pulkit is the main accused in the murder of the 19-year-old hotel receptionist.

The resort owner and the other two accused had been absconding since the day the girl went missing, the police said.

On Friday, Rishikesh residents staged demonstrations and protested against the grave crime. In visuals accessed by India Today, hundreds of civilians were seen surrounding a police vehicle, allegedly carrying the three murder accused.

Police tweeted that the three confessed to having pushed her into a canal after a dispute and she drowned. pic.twitter.com/VToUUhYX4o

Visuals showed women in great numbers, some even leaning into the police vehicle, in an attempt to confront the perpetrators.

The 19-yr-old receptionist went missing a few days ago & her body was found today. 3 accused, incl Pulkit -owner of the resort where she worked- arrested pic.twitter.com/v3IK8zE1xI

Angry locals even vandalised the resort owned by the main accused, Pulkit.

Police say that accused confessed to having pushed her into a canal after a dispute & she drowned. Search for the body is on pic.twitter.com/aDE6He7IrV

Uttarakhand chief minister Pushkar Dhami has instructed district magistrates to investigate every resort in the state and take stock of the employees’ situation. He further directed authorities to ensure that stringent and necessary action is implemented against resorts that are operating illegally or without legitimate compliance.

Soon after the arrest of the three accused surfaced, following their confession to throwing the girl into a canal, Swati Maliwal, who heads the Delhi Commission for Women, said, “Another daughter became a victim of cruelty. The murder of Uttarakhand’s daughter is extremely sad. May God place the daughter at your feet. It is our responsibility to provide justice to the daughter. Give severe punishment to the criminals, no matter how powerful they are!” 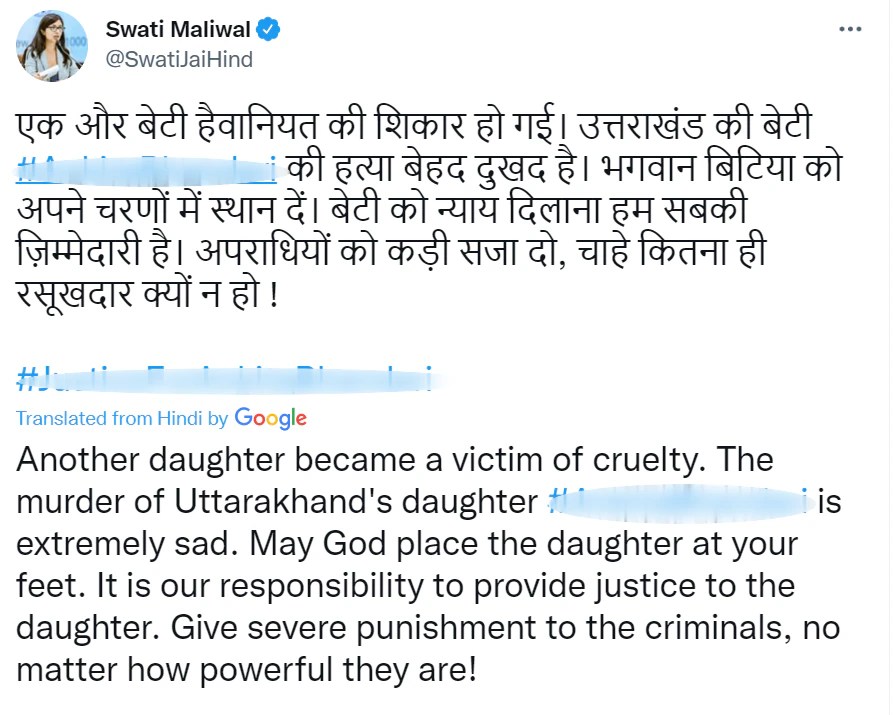 14. Congress’s general secretary Priyanka Gandhi expressed her concern and shared, “It is the responsibility of the government to provide security to the job/working girls and to make the job sites safe. Governments have to give priority to the safety of women. Prompt action and strict punishment and proper provisions of women’s safety will solve this problem only.”

She also wrote, “I can only imagine what this girl’s parents must be going through.” 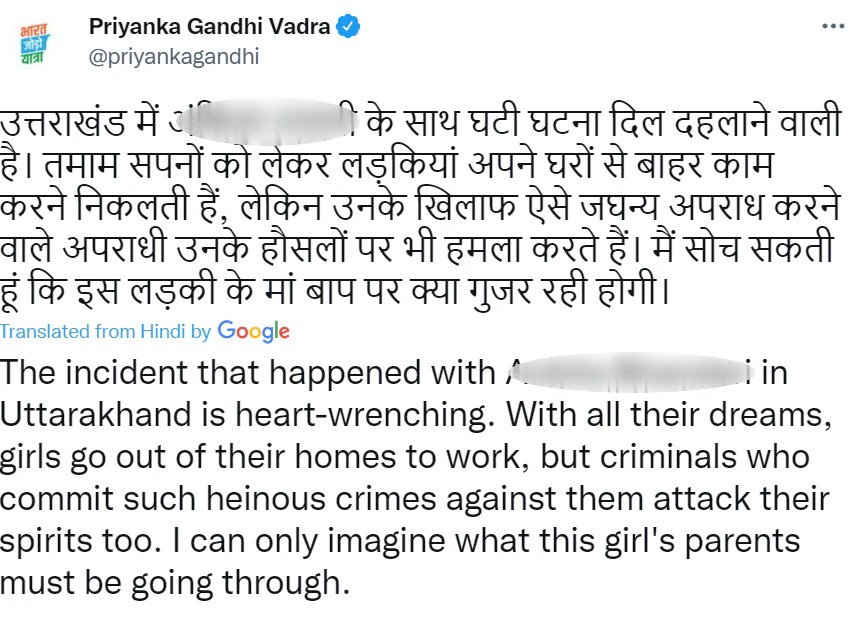 Knight In Hooves for feature event

PFI Cadres Were Perfect Candidates for ISIS Headhunters, And Then They Ended Up Dead: Sources

Investigators have unearthed evidence to show that the now-banned...

This 1990 photograph shows the Hubble Space Telescope being...